If you’ve been a good keeper of hydrogen peroxide in a cabinet somewhere in your house, here is an opportunity for users to put it to more use. And if you never had one, you’ve got to know the reason why every home should have a bottle of hydrogen peroxide.

Here are some of the amazing and magical 29 DIY uses for hydrogen peroxide.

Hydrogen peroxide is a natural antiseptic, and it is safe to apply on small wounds to prevent infection. So, your first aid box may be incomplete without a bottle of hydrogen peroxide.

One of the hygiene habits to keep is to continually sanitize your kitchen sponge. Sanitizing your sponge using hydrogen peroxide will help to kill the germs or bacteria in the sponge. Soak sponges in a (hydrogen peroxide) warm water solution, allow the sponge to soak for a while, then rinse it off.

Hydrogen peroxide could be a great alternative to Listerine. One of the uses for hydrogen peroxide is for mouthwash. You can mix equal quantities of hydrogen peroxide and water to rinse your mouth. However, be careful not to swallow the solution. This mouthwash will help kill germs in the mouth to prevent bad breath.

Looking for a home remedy for yellow teeth? Hydrogen peroxide will surely help out! Just like using as a mouthwash, you can rinse with it to whiten teeth. You must also be careful not to swallow it.

Comb this spray through your hair and leave to dry. This does not bleach your hair drastically like commercially lightening mixtures do. It gradually lightens the hair, but you can reapply every few days to get the effect you desire.

Kill the germs and bacteria present in your toothbrushes by simply soaking them in a hydrogen peroxide solution. It is one of the most straightforward hacks to maintain perfect oral hygiene.

Oh Yes! Looking for a natural way to whiten your nails? It is simple! Just soak fingertips and toes in hydrogen peroxide to reveal sparkling white nails.

Another way to use hydrogen peroxide is to use it as a foot soak. Peroxide solution aids softening of calluses and corns while disinfecting minor cuts. It also cures athlete’s foot or toenail fungus.

To use to soak your foot, mix a 50/50 solution of hydrogen peroxide and water, soak your feet in it once a day. This solution will combat the fungal problem. You can repeat the soak every night for several days for a fast result.

You can use a mild solution of hydrogen peroxide as a face rinse to kill the bacteria that cause acne and help clear your complexion.

To clear up ear infections, add 6 – 8 drops of hydrogen peroxide in each ear. It helps to alleviate symptoms and clear infections.

Old and stubborn stains on your tiles may make your floor look dirty even after a thorough clean. To give your tiles a sparkling clean look, you can spray hydrogen peroxide directly onto the tile to remove dirt and stains.

Washing toilet bowls with regular detergents and brush may not give you the super clean look you want. You can make the washing of toilet bowls easier using hydrogen peroxide.

Tub scum could be a hard problem to deal with in your bathroom. But with hydrogen peroxide, remove tub scum is as simple as ever. Spray hydrogen peroxide on the scum, dirt, or stains in your bathtub. Let it stay for about 30 minutes. Rinse to loosen grime and ease up cleaning.

Is it your sliding windows or doors, glass table surfaces, mirror, decoration bowl? Just name it! Any glass surface in your home will surely look superb and clearer with a touch of hydrogen peroxide. Spray the chemical on mirrors and other glass surfaces to loosen grime and dirt. Wipe away with a clean, lint-free cloth.

This is also one of the uses of hydrogen peroxide in your home. You can clean the countertops in your kitchen and bathroom using this substance too. Spray it on bathroom and kitchen countertops to clean and disinfect.

Leave dirty rags and cleaning sponges in a peroxide solution and let them soak for about 15 – 30 minutes for disinfection.

The dumping and removal of food and drink items over weeks could have probably caused some spillages in the fridge. You should make it a habit to clean your refrigerator occasionally, at least twice monthly.

The cleaning could be made better using hydrogen peroxide. Spray hydrogen peroxide on the surfaces inside your refrigerator then leave it to soak for a couple of minutes. Wipe with a clean cloth to disinfect.

Carpets cleaning in your home is one of the basic chores that makes your home smells and look fresh. Dirty carpets could emit some unpleasant odor over time if not cleaned. You can freshen your carpets and rugs using hydrogen peroxide as well as remove stubborn stains on them.

Spray hydrogen peroxide on light-colored rugs and carpets to remove stains. But you have to keep in mind that hydrogen peroxide may bleach some fabrics. So, before using, you can do a test on a little hidden part of the rug.

It is not hygienic to keep on using re-usable bags again and again without cleaning, washing, or disinfecting them. You can do the cleaning by spraying hydrogen peroxide inside your re-useable cloth shopping bags to clean, disinfect, and remove food odors.

Every weekend, get your kids’ lunchboxes, spray some hydrogen peroxide into them, let it sit for a few minutes then wipe away to clean and disinfect. You can leave open for some time to air properly.

With the 3% hydrogen peroxide, you can speed clean your dirty tile grout. Although this may require a bit of scrubbing.

Mix white flour with hydrogen peroxide to form a thick paste. Apply to grout and cover with plastic wrap overnight. The following day, scrub and rinse with water for a cleaner grout.

If you have a garden in your home, hydrogen peroxide is one of the most essential garden items to have. It is highly effective to disinfect seed trays, pots, and other containers before they are reused.

You can also dip pruning tools in the hydrogen peroxide solution before use, and between plants, to reduce the risk of introducing pathogens into the wounds. Hydrogen peroxide works well against viruses, fungi, and most types of bacteria. You can also use it in preventing mildew and mold from clouding glass panes of greenhouses.

If you disinfect with hydrogen peroxide, you can use washed river sand instead of perlite and vermiculite. When you make your potting mix with compost, sand and other additives added to garden soil, use this chemical solution to destroy soil pathogens, including nematode worms that can harm your plants.

Soak the sand or soil thoroughly, mixing it with a 3% to 6% solution, then cover it with a plastic sheet loosely. The chemical will kill even the eggs of worms when exposed to this chemical. Give the chemical some time to completely decompose, (preferably overnight) turning the mixture well once or twice.

Editorial Staff at Styletotic.com is a team of Beauty experts and Fashionista contributors. Trusted by over 200k readers worldwide.

More from this Author
Prev Article Next Article 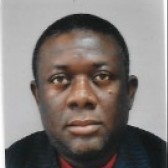 More from this Author

Editorial Staff at Styletotic.com is a team of Beauty experts and Fashionista contributors. Trusted by over 200k readers worldwide.

Any cookies that may not be particularly necessary for the website to function and is used specifically to collect user personal data via analytics, ads, other embedded contents are termed as non-necessary cookies. It is mandatory to procure user consent prior to running these cookies on your website.